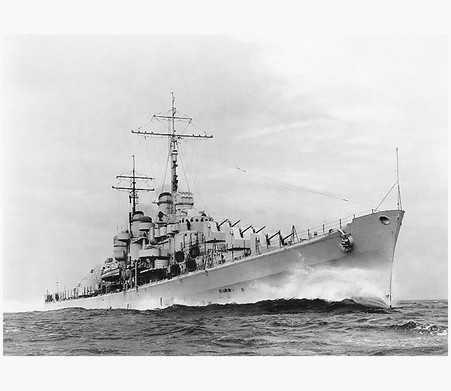 Partly a replacement for the over-age Omaha class, partly to act as a destroyer leader, the little atlanta class cruisers were unique in US naval practice. Indeed, thier closest relations were slightly earlier, slightly small British Dido class, which also shared thier elegant and rather fragile appearance. it was finally as a close escort to a battle line, to defend it against aircraft and destoyer attack, that the Atlantas had thier genesis. A new, light weight 6-in dual purpose gun was proving difficult to develop, so the ships were given a uniform armament of the well proven 5-in 38, albeit in twin gunhouse that itself was new but which was to prove the basis for hundreds that armed vessels from battleships to destroyers.