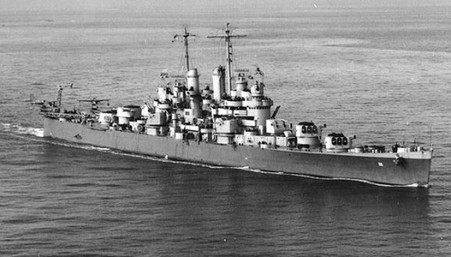 USS Cleveland, first of a class of twenty-seven 10,000-ton light cruisers, was built at Camden, New Jersey. Commissioned in June 1942, she shook down in American waters and, in November of that year participated in the North African invasion. Clevelandwas then transferred to the South Pacific war zone, arriving in time to participate in the air-sea Battle of Rennell Island in late January 1943.

NOTE:  The Cleveland hull may also be used to make the following CVLs: