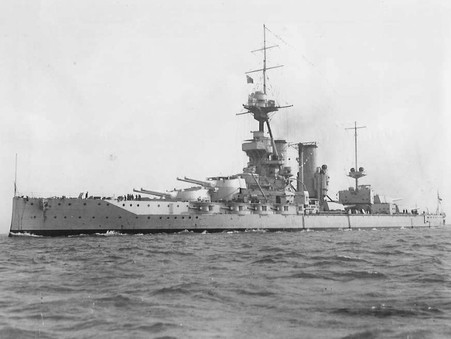 HMS Iron Duke was ordered under the 1911 Programme and built by HM Dockyard, Portsmouth. The ship was laid down on 15th January 1912 and and launched by the wife of the 4th Duke of  Wellington on 12th October 1912 as the 2nd RN ship to carry the name, previously used for an ironclad in 1870. Build was completed on 9th March 1914. She was deployed in the Grand Fleet during WWI and was Flagship of Admiral Sir John Jellicoe. She was one of the last British battleships to be coal fired.