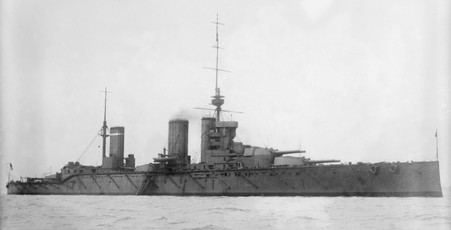 The Lions were intended to rectify the faults of the Indefatigables of poor protection, and to mount 13.5" guns with full broadsides. However, the speed required meant that the ships were much larger then their predecessors, and protection again suffered. Lion was hit by 11 heavy shells at Jutland. One hit Q turret, and the ship was  saved only by flooding the magazine. After the battle of Coronel, Princess Royal was sent to the eastern end of the Panama Canal in case von Spee attempted to escape through it. She received 9 heavy hits at Jutland.