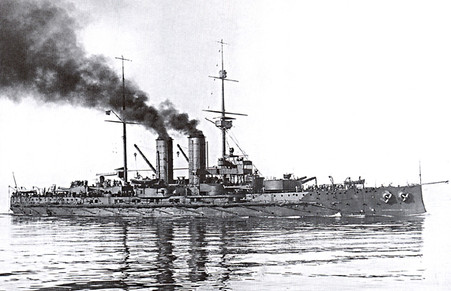 SMS Radetzky was the first of the three Radetzky-class pre-dreadnought battleships built for the Austro-Hungarian Navy. She was named for the 19th century Austrian Field Marshal Joseph Radetzky von Radetz. Radetzky and her sisters, Erzherzog Franz Ferdinand and Zrínyi, were the last pre-dreadnoughts built by the Austro-Hungarian Navy—they were followed by the larger and significantly more powerful Tegetthoff-class dreadnoughts.